Look before you leap

As well as making sure you don't leave pieces where they can be captured, you also need to take care that you don't move them into harm's way. There's no quick fix for this - it takes a little bit of discipline to sit on your hands and make sure a move is safe before you play it. Even the best of us can't always foresee all the consequences of a move, but there are a few things that you need to watch out for. It may seem a bit tedious to have to go through a checklist every time you make a move, but the good news is that it gets easier the more you practice. Eventually it becomes second nature, and most experienced players can do it without conscious effort.

Before every move, these are the things you need to ask yourself:

When you try to answer these questions, these are the sort of things you need to look out for...

Am I moving a piece onto a square where it can be captured?

It seems fairly easy to avoid blundering by putting a piece on a square where the opponent can capture it, but it's very easy to do in a moment's carelessness when you're thinking hard about something else. For instance:

Am I exposing another piece to attack?

What do we mean by exposing a piece to attack? Whenever you move a piece, you are potentially unblocking lines that enemy pieces can use. If your opponent can move a piece through the square you just vacated and capture one of your pieces, then you have exposed that piece to attack. Here is an example.

Am I lifting my guard over another piece or square?

In the last part of this tutorial, we saw how you can protect pieces by positioning another piece to recapture if the opponent takes it. Once you set up a piece to guard another, make sure you don't forget why you put it there and move it off to do something else!

As well as protecting other pieces, a piece can also protect a square. A piece protects a square by threatening to capture an enemy piece if it moves there. Sometimes this is vital to prevent a checkmate, as the following example shows.

Does my piece have an escape route if it is attacked?

Just because a piece cannot be immediately captured doesn't mean that the square is safe. If you move a piece too far behind enemy lines, it can easily run out of squares and end up trapped. 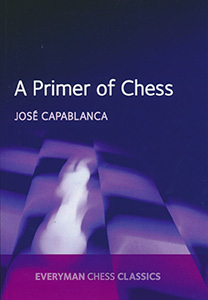 A Primer of Chess
by Jose Raul Capablanca
View Details 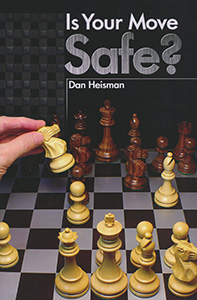 Is Your Move Safe?
by Dan Heisman
View Details
Developing a danger sense Back to Contents << Protect your pieces Watch the enemy >>