In some ways, playing white is easy. You get the first move, the first brush stroke on a blank canvas. You start the game with the initiative - black must react to your moves and plans. If you make a mistake with white, it usually only means the position is equal. With black, on the other hand, a mistake or two early on can land you in trouble. Everything you've read about quickly developing and getting castled counts double for black. At the start of the game, black is fighting just to equalise the position and erode white's opening advantage. Usually only when this has been achieved, does black press for an advantage.

In this tutorial, we'll be looking at how to respond to white's best opening moves, 1. e4, 1. d4, and 1. c4. While 1. Nf3 is also a good move, white will usually find he can't do without moving a central pawn as well. If you're playing black and white plays some other move, just bear in mind the opening principles from the beginning of this tutorial. Control the centre, develop your pieces, and don't waste time moving the same piece around.

If white opens by moving the king-pawn two squares, you should do the same in reply. This is the easiest and most straightforward way to play. Although other defences such as 1... c5 or 1... e6 are perfectly playable, they usually have more advanced plans and ideas behind them, which it's best not to try and tackle until you're a bit more experienced. After the initial pawn moves, there are a variety of ways white can play. We'll look at the most common of them below:

This is one of the oldest openings in all of chess theory. Known as the Italian Game or Giuoco Piano ('Quiet game' in Italian), it is one of the most logical and straightforward ways to play. White brings out pieces to good squares, and black should do the same:

Another old opening, the Scotch Game involves white making an early break in the centre. Black should develop pieces as usual:

Ruy Lopez was a 16th century spanish priest who was one of the strongest players of his time. His opening, which is known as the Ruy Lopez or Spanish Game in his honour, is the most popular way to play at the highest level. White brings out a bishop to attack black's defending knight. As one of the oldest and most popular openings, the Ruy Lopez certainly has plenty of theory, but here we will be looking at a simple response called the Classical or Cordel Defence:

If white starts with the queen's pawn, the game takes on a different character. Because the pawn is protected by the queen (unlike the king's pawn when it moves two squares), it is in less danger of being attacked and captured, so games tend to start at a slower pace and involve more manoeuvering. You should reply to 1. d4 by pushing your own queen's pawn two squares. Usually, in the queen's pawn openings, you want to develop your knight to f6, your bishop to e7, and castle as early as possible. For example:

The opening move 1. c4 is named the English opening, after the 19th century English master Howard Staunton, whose name you may have heard before as he lent his name to promote the Staunton pattern chess pieces - the standard chess set that is in common use today - in one of the oldest sports sponsorship deals! This is a crafty opening favoured by experienced strategists, but fortunately there is a simple enough way to play against it, which should be familiar from the king's pawn openings: 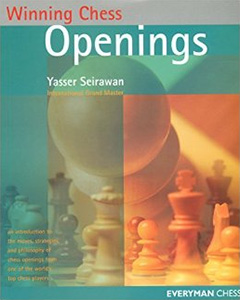 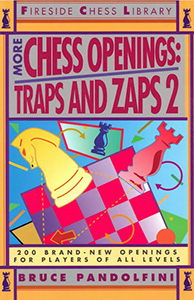 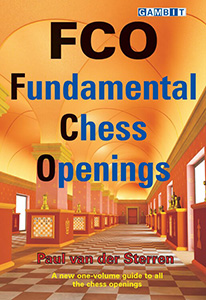